Will this process ever end?

Leap year day post. !!! The only changes to this compared to the one that I like best is that I changed the background color for this page to be #fff, and all link colors were changed to be #036. Personally, I prefer different link colors for visited and unvisited links.

This link color change is a dark blue that, to me, looks similar to the #222 text color. The underline, however, makes the link noticeable, but the "blue" and "purple" link colors look better to me. The web is about linking and URLs, and links should be obvious.

I also changed the width from 30em to 34em. I changed the background color for code from fff8dc to eee.

This page uses Microformats and a few HTML5 tags. The content on this page is disjointed and meaningless. I'm using it for testing.

We started the morning at the Glass City Roasters coffee shop, which is now located on Elanor Ave in West Toledo. It's small, cozy, and well decorated. We ordered latte coffee drinks and their version of muesli, which contained warm milk.

After spending a little while at the coffee shop, we walked across the street to Glass City Treasures, which is an antique-like store, except it's well organized and neat inside. It was decorated for Christmas. Deb bought a small wire basket that was displayed outside.

Next, we shopped at the Toledo Farmers Market, located near the Erie Street Market in the Warehouse District of downtown Toledo. We bought the usual items, such as produce (winter produce now), eggs, honey, etc. I bought a maple-bacon doughnut from the Holey Toledough doughnut truck, located next to the market. It tasted fantastic. A plain doughnut would be excellent.

From downtown Toledo, we drove to the Toledo Botanical Garden, located at the western edge of the city, next to Sylvania. The art and craft guilds sell their crafts and artwork on one weekend in December. It's called "Heralding the Holidays." It's one of our favorite art and craft events for the entire year in the Toledo area.

At the garden, we purchased a few items as gifts for others, and I bought fingerless gloves from a new fiber vendor, called Branching Out Studio, managed by Christie Clark. Her tag line states, "Nature-inspired art and fiber." We enjoyed this studio or setup a lot.

We also visited with a local alpaca farmer who brought two of his alpacas to the garden for people to admire. They are fun, interesting critters. They make these low, grumbling noises or grunts. The farmer had a pen setup outside. His farm is located near Swanton. He has 20 alpacas. He sends the fleece off to be milled into yarn. He sells the yarn at his farm and maybe elsewhere.

From the alpaca farmer's business card:

Deb got inspired by the works of guild members, and we stopped at Jo Ann's on the way home. I went inside too and perused yarn. But we did not buy anything. They didn't have the fabric that Deb wanted, and the checkout line was amazingly long.

Last evening, Deb was a participating vendor in a small craft show, held at Elmhurst Elementary School, which is located two blocks from our home. The school can be seen from our front yard. Deb sold a few baby-related items, such as blankets and bib cloths. Deb needs to create new Punkin Pie Designs business cards with correct contact info. I should work on the website.

But back to Saturday, we went home after our Jo Ann's experience. We weren't home for long though. We met Chris at the Mason Jar around 6:00 p.m. for dinner. The Mason Jar is a mid-sized bar and restaurant, located along Secor Road, a few miles north of the Ohio-Michigan line. They offer interesting food options and good beer.

Deb and I enjoyed a fabulous-tasting brown ale from a Saugatuck, Michigan brewery. We ordered another, but the Mason Jar ran out. I ordered a cheeseburger, which was tasty. Shared a cheesey, artichoke or spinach dip appetizer that came with tortilla chips.

It was a fine day and evening, visiting small, local businesses, farmers, bakers, artists, and crafters and chatting with a good friend.

Most of my content pages are simply designed by using a small amount of Markdown markup, simple HTML templates, and minimal CSS. I mainly use:

Pre-winter, but worth mentioning because of the stretch of abnormally cold weather that occurred from Nov 12 through Nov 22. On some days, our temps were 20 to 25 degrees below normal.

On seven days during that stretch, our temps dipped into the teens. On Nov 18, TOL recorded a low of 9 degrees. We received a few inches of snowfall during this period.

That's not unusual weather for mid-January, but for mid-November, it was a bit bizarre, especially because of the duration.

Here is a useless paragraph that is used to test using the inline code markup command, based upon the single backtick and nothing else.

Pull quotes? Don't need no stinkin' pull quotes. In nearly 20 years of posting on the web, I have rarely highlighted text by centering it and displaying it in a large font size.

What's annoying is when articles display a pull quote when that same quote exists within the article. Why? It's probably an article "design" issue to break up large areas of text. Or it's done to slow down the people who quickly skim the article. Bolded/emphasized text within the article can work as well, in my opinion, without the redundancy.

This is a heading 3

Here is some text containing a footnote.1 That footnote was formatted by surrounding the number one with the HTML sup tag with no spacing between the period and the opening sup tag.

Richard McClintock, a Latin professor at Hampden-Sydney College in Virginia, looked up one of the more obscure Latin words, consectetur, from a Lorem Ipsum passage, and going through the cites of the word in classical literature, discovered the undoubtable source.

Lorem Ipsum comes from sections 1.10.32 and 1.10.33 of "de Finibus Bonorum et Malorum" (The Extremes of Good and Evil) by Cicero, written in 45 BC. This book is a treatise on the theory of ethics, very popular during the Renaissance.

Another way to mention a footnote is to use a number within brackets with no HTML tags. In this example, I also used Mardown's method to bold the brackets and the number two.[2]

This is a heading 4 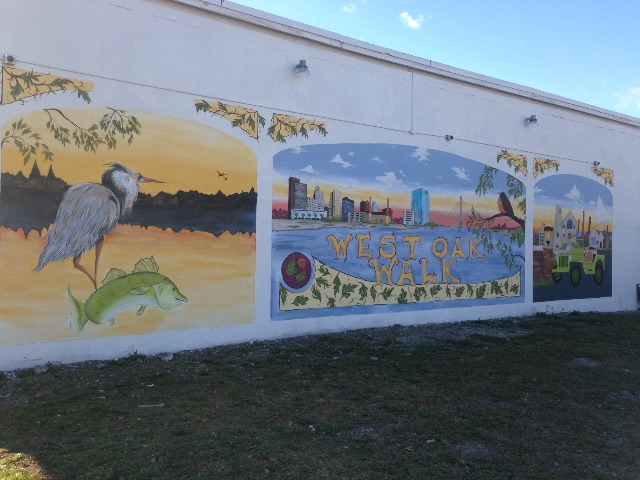 It uses a dictionary of over 200 Latin words, combined with a handful of model sentence structures, to generate Lorem Ipsum which looks reasonable.

Inspirations for this page

My lack of CSS was inspired by these pages:

Favorite minimal CSS inspired by one of the effing test pages, listed above:

An example page that uses the above CSS can be viewed at this page that is hosted at my Amazon AWS S3 bucket.

My sawv.org post titled Styling Text Articles Upward lists other simple pages that are hosted at on S3 bucket.

I like to test article pages in the following web browsers:

The Blackberry was work phone for my wife, back around 2010-2012. In the spring of 2018, I dug out that old Blackberry, got it charged, reset it, and connected it to our home's WiFi. I can use it for web browsing.

If I want to use system fonts, then I need to use the following CSS.

I should check for any updates to the system fonts list.

If I want the code block to scroll horizontally, instead of wrapping the text, then I need to use the following CSS.

Personally, I prefer the horizontal scroll of long code within a block, but some older browsers don't support that CSS. But I rarely use the code block.

I like using <pre> to display tabular data if it's a small block. If it's a larger block, then it would need to scroll horizontally.