We use honey in many foods, such as in a cup of tea, a bowl of oatmeal, in yogurt, on toast, and to sweeten a tomato sauce. Honey is also our primary bottling sugar. We buy most of our honey from the Phoenix Earth Food Co-op, which sells at least two options, produced by local farmers who locate their beehives within and around Toledo. 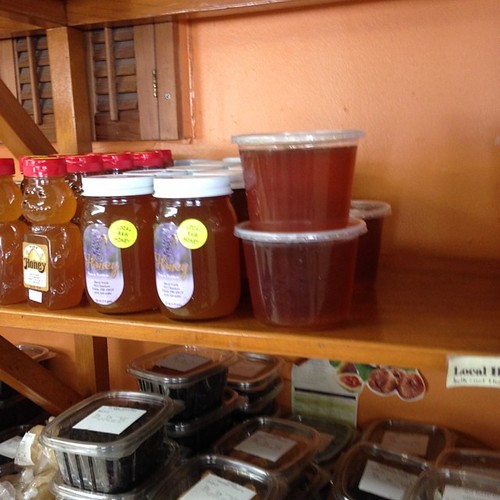 The product sold in the glass jar is relatively new at the co-op. I mainly buy what's sold in the generic plastic containers, which, as of July 2014, sells for six dollars per pound. The color varies. Sometimes the honey nearly has the color of maple syrup. 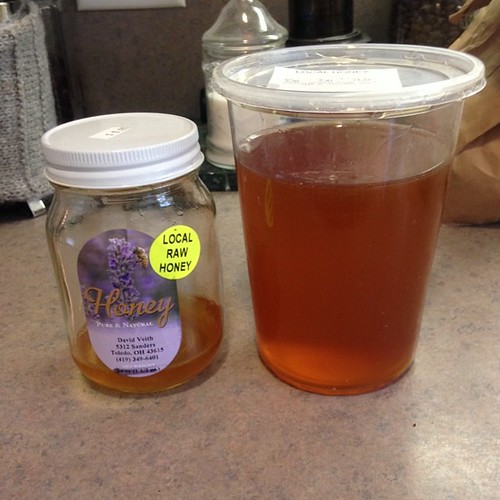 In the fall of 2014, a new vendor from across the line in Michigan opened up shop at the Toledo farmers market. The farmer calls his business "Dee's Bees." He describes his honey as local honey that is 100% raw, unfiltered, non-pasteurized, and not heated. 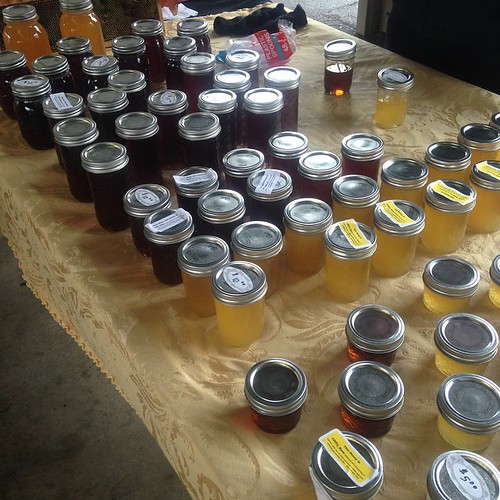 The Dee's Bees goldenrod-based honey on the right is nearly as dark as the Ohio maple syrup that we bought at The Andersons. Both items were purchased on Dec 13, 2014. Deb's cranberry butter that she made that morning resides in the background. 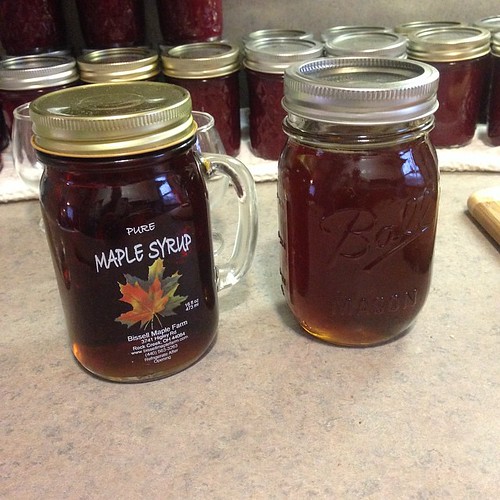 The 2016 goldenrod version of Dee's Bees honey was even darker. 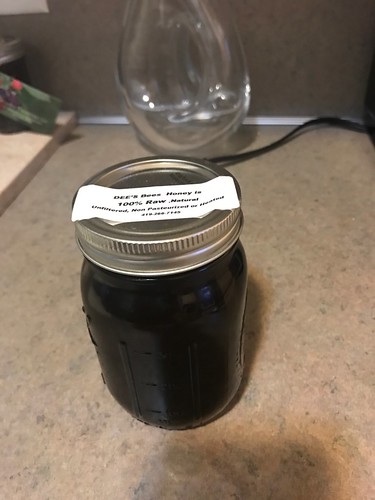 Recently, I bought three small jars of Dee's Bees honey to show the naturally different types that are available. 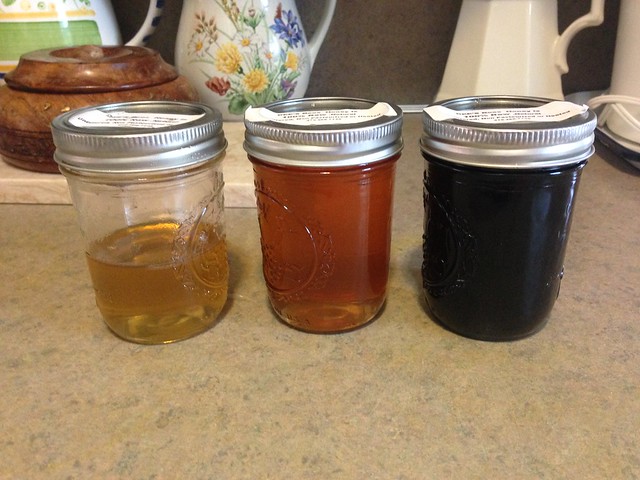 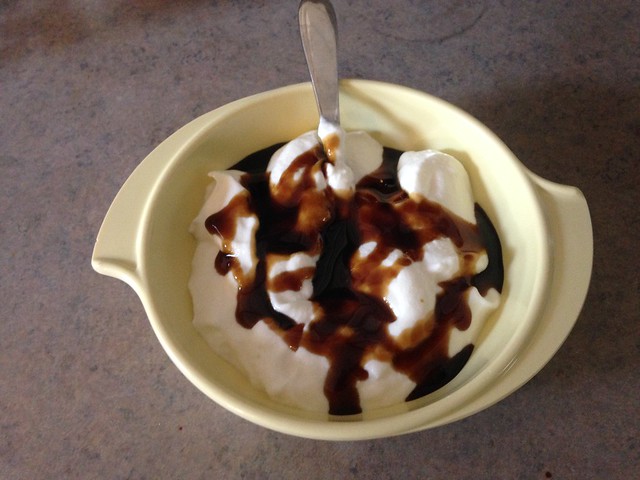 I consume a lot of yogurt. I buy my yogurt at Al Habib, which is located nearby. At least twice a week, I buy two two-pound containers of plain yogurt. They sell different varieties. I like both the loose, runny version and the thick version.

Simple plain yogurt with local honey is one of my favorite things to eat. I eat it nearly everyday. Plain yogurt is tart to me. The honey balances the flavors.

I could be vegetarian, but I could not be a vegan because I enjoy eating cheese, eggs, yogurt, and honey. And I like wearing wool clothing.