Any effort to make us more thoughtful in what we read, share, write, and say is a step in the right direction. 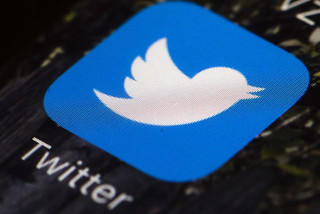 From civic life to attention spans, social media has had a toxic effect on many facets of our society. But Twitter, one of the chief offenders, is experimenting with a new tool that could restore some thoughtfulness to digital debate and conversation.

The company announced recently it will begin asking users (just on Android devices, for now) to actually open a link and read an article before mindlessly resharing it on their Twitter feed.

The experiment is modest in scope. It will only apply to links from news publishers, and Twitter can only tell if a user opened the link through its platform. If someone read a story on a Web browser and later retweeted the link on Twitter, the prompt would still appear.

But Twitter’s efforts are addressing a disturbing trend. Research has repeatedly shown the majority of social media users do not read the articles they share. A 2016 study by computer scientists at Columbia University and the French National Institute found that 59 percent of links shared on social media have never actually been clicked.

“People are more willing to share an article than read it,” said Arnaud Legout, a co-author of the study, at the time of its release. “This is typical of modern information consumption. People form an opinion based on a summary, or a summary of summaries, without making the effort to go deeper.”

This phenomenon also affects the quality of what news outlets and other online platforms put out. Headlines and images meant to evoke an emotional response are more likely to be shared, as people use them to craft a digital identity. This has tipped the scales in favor of social-media engagement rather than sound journalism.

There are concerns about Twitter’s approach to these issues. Some fear that its system will deanonymize users and track them across the Web, including confidential interactions between journalists and sources.

These are concerns that must be addressed by Twitter.

But the company must also be commended for leading the charge to unwind a problem it created.

The world has been made dumber by social media. Any effort to make us more thoughtful in what we read, share, write, and say is a step in the right direction.