Comfortable weather moved in Friday afternoon and evening on July 14, 2017. Deb and I sat outside in the small, outdoor, building-enclosed courtyard at Mutz for brew and dinner. Dan B saw us, and he joined us.

I ate a Betty's Salad. We tried a small-batch stout beer, produced by the Maumee Bay Brewing Company, located across the street. The beer had an ABV of 15%. The beer was fabulous. Mutz sold it in 10-ounce glasses. I drank two.

I forget the name of the beer. Something Smores-related. The beer contained chocolate, graham cracker-something, and marshmallow.

After Mutz, we visited the Paula Brown Shop. Sparse crowd. Live music had been playing outside, but they were packing up when we arrived. We ordered drinks and sat outside, enjoying the pleasant summer evening. The tropical moisture with dew points in the 70s had ended, at least for a little while.

I drank a gin and tonic, and Deb drank a British drink called a Pimm's Cup, which tasted excellent.

After PBS, we drove Adams Street in Uptown, and the entire area, north or west of the Main Library was busy with people sitting and mingling outside. Parking areas were at or near capacity. I don't think that anything special occurred. I think that it was people enjoying the nightlife in Uptown.

We shopped at the downtown Toledo farmers market in the morning. It's wonderfully busy and crowded in July, August, and September. The produce is increasing.

At 12:05 p.m., we left Toledo to spend the afternoon in Tecumseh, MI, browsing its stores and sampling food and beverage. It's a fun little town. The downtown businesses held a sidewalk sale. A side street was blocked off for kids' activities, live music, and street food.

We parked on a neighborhood side street, located a couple blocks from the downtown businesses.

Shortly after 1:00 p.m., we sat down inside at the Tecumseh Brewing Company. It's a brew pub. Here was their beer list: 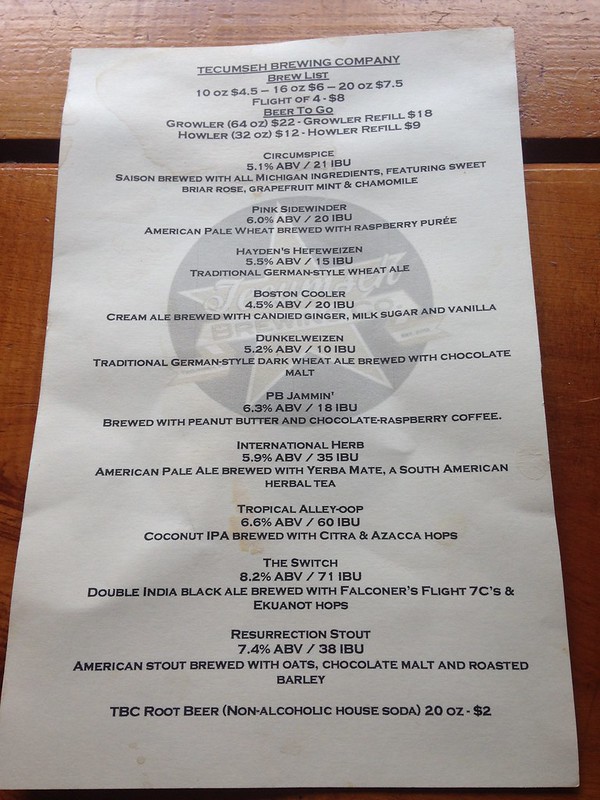 We started with a four-beer flight: Hefe, Boston Cooler, Circumspice, and Dunkel. 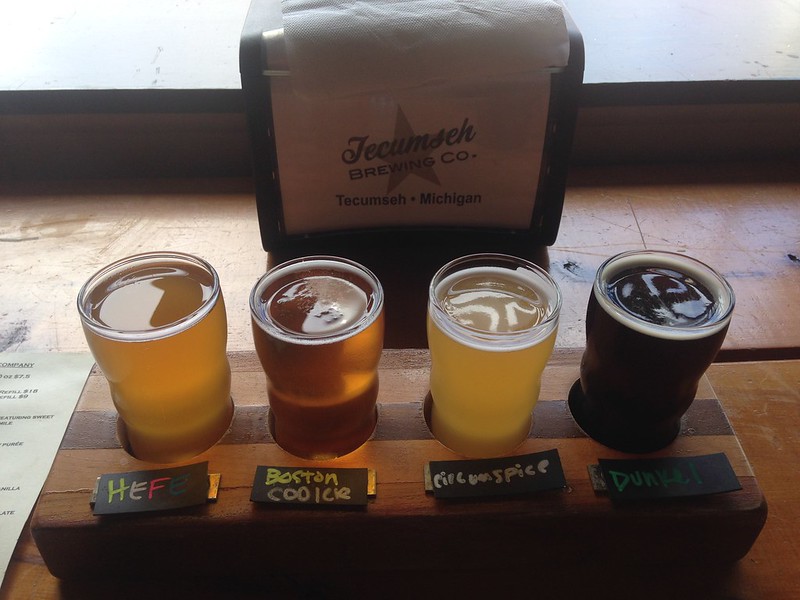 The Circumspice was my favorite of the four.

For food, I ordered the fish tacos, which were okay, but they were not as good as the pork carnita street tacos that I order from the Mexican eateries in Toledo.

After the Tecumseh Brewing Company, we wandered around downtown Tecumseh, visiting stores.

Here are a few store names in downtown Tecumseh:

The town landscaped its main street well. I liked this large arrangement of spider plants, located outside of a store. 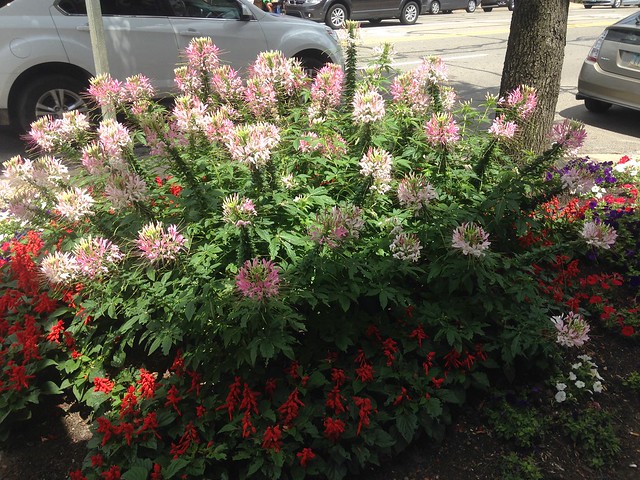 In an antique store, I admired this typewriter. It was a Remington Rand Model Ten Noiseless. It worked well. Great shape. Clean. $65. Needed a ribbon. 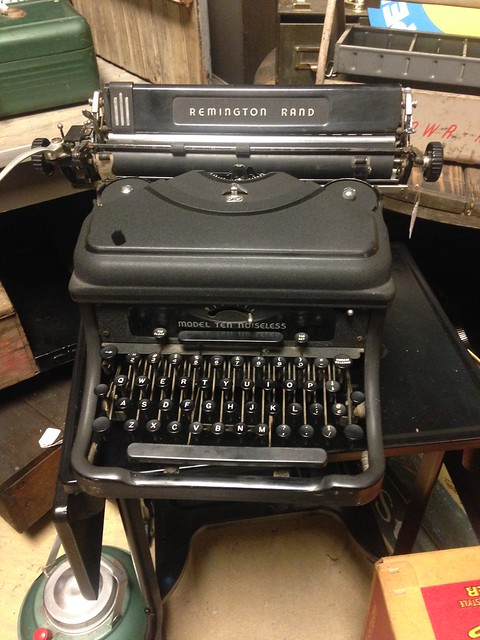 Downtown Tecumseh also has a hip coffee shop that sells sandwiches and salads. We'll have to return to Tecumseh to eat at other places.

We spent a fair amount of time at the Pentamere Winery, located in downtown Tecumseh. We tasted several wines, made on site in the basement. We were able to look down to see the operation.

I liked their sweet red wine called Mariner's Red. I bought that one. Deb bought a white wine.

They source some of their grapes from Michigan, Ohio, and I think New York state.

At 3:40 p.m., we sat outside on the enclosed patio in back at the Tecumseh Brewing Company. We split a Circumspice. 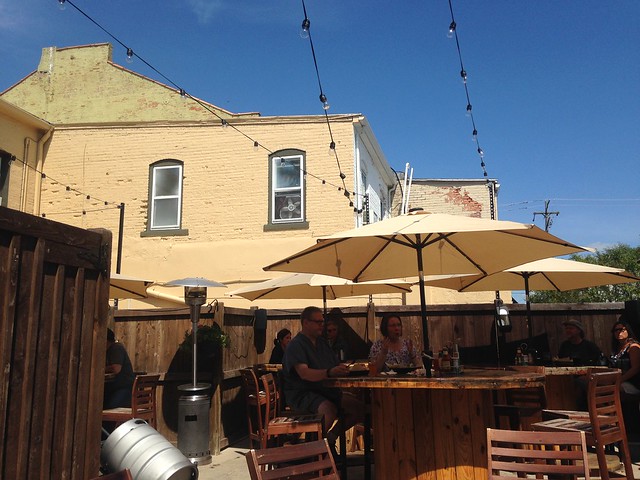 I consumed the Mariner's red wine, across three nights. It did not seem overly sweet to me. I would like to buy more.